The ad platform scene is constantly evolving. We broke down the main differences between YouTube Ads and Facebook Ads. Which works best for me? What […] 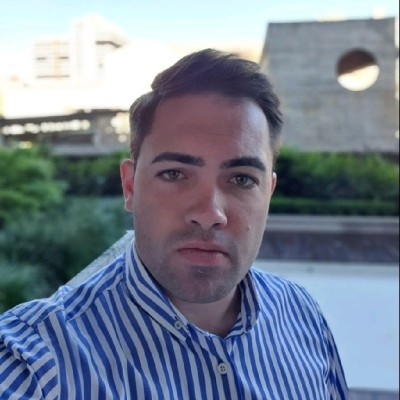 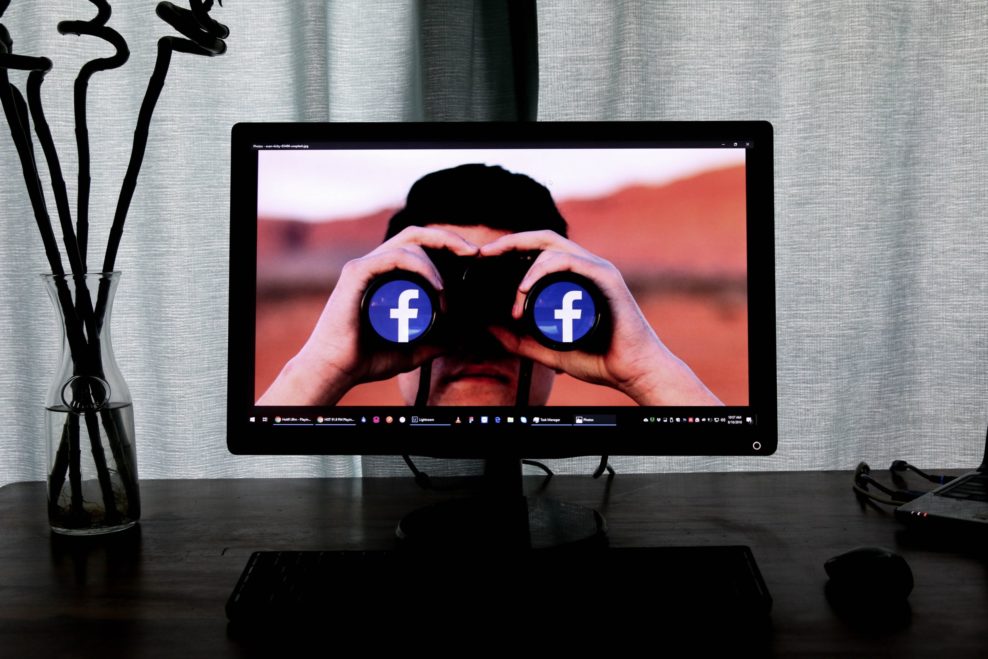 The ad platform scene is constantly evolving. We broke down the main differences between YouTube Ads and Facebook Ads. Which works best for me? What if I have a limited budget? Let’s get stuck in.

YouTube Ads is a video-first advertising platform, where ads are served through the Google Ads interface. Designed to reach a large audience at scale, Google uses data and signals from across its ecosystem to enable targeting at multiple stages of the buying process.

For the purpose of this article, we will be focusing on Facebook Video Ads (one of the available formats on the Facebook platform). These ads can be displayed across Facebook and Instagram platforms, and are programmed through the Meta Business Suite.

There are a number of differences between the user bases of each tool, but they share the top two places for social media platforms with the most active users. On one hand, Facebook’s user base is declining and has been for a while, especially with a younger demographic. On the other hand, YouTube watch time is growing faster on TV than on any other device, speaking to it’s plan to dominate your living room. These stats alone don’t make either tool right or wrong; it depends on who you’re trying to reach, and when (at what stage of the conversion process).

More suited to a B2B audience, and allows for targeting the Awareness, Consideration, Action stages of the conversion process. This audience tends to be more active, for example, we can target specific behaviors like viewing a video comparing two CRM tools, or someone searching for a video of a physical product unboxing. After a drop in popularity for advertisers in 2017, YouTube is fertile ground for creating

More suited to a B2C audience. Ad viewers are less likely to be actively looking for a specific product, service, or brand; the audience is targeted based on interests and demographic information. This is ideal for target top-of-funnel activity, drive leads and sign-ups. Facebook Ads generally have a higher level of competition,  and it’s harder to stand out. Facebook Ads are best for businesses seeking to increase awareness of its brand or the products or services it sells—especially among audiences that may not have heard of them before.

Facebook Ads and Google Ads serve different business objectives. It’s generally best to use Facebook Ads to build brand awareness of products or services that people may want but don’t necessarily need (or don’t need right now), such as a new high-tech espresso machine. YouTube Ads, however, are best for increasing sales of products or services that people are actively searching for, thanks to the power of intent signals from Google Search and other partners.

Instream Bumper, skippable, in-stream, non-skippable. Display ads show up in the search results as an option when users are choosing a video. Within a video, there are bumper ads that users are required to watch before their video. There are also skippable and non-skippable ads and overlay ads that are shown over a video. As YouTube is a video platform, viewers are more predisposed towards viewing a video ad. As per study XYZ , YouTube is becoming the new TV in the living room.

Facebook offers three types of video ads: (1) in-stream, (2) feed, and (3) stories. In-stream ads show during a video someone watches on Facebook. Feed ads show up in users’ news feeds as they’re scrolling. Stories ads are interspersed through other stories as the user progresses from one story to the next.

There’s no real clear winner here. Both platforms offer a lot of versatility and options when it comes to telling stories with video. As always, it comes down to who you are trying to target, and the desired outcome of your ad campaign. Google does offer a slightly broader reach with its network of Google Video Partners.

Advertising on YouTube can be relatively cheap. The platform doesn’t charge for the first 30 seconds (or the length of the ad), so an ad only costs if a user chooses to watch it.

There are a bunch of studies that have been done, comparing the cost and performance of YouTube Ad campaigns compared to Facebook Video ads. And the results vary. A report by Social Media Lab in 2017 found that  Facebook had increased the video ad costs for advertisers, which went up by 43% in the Q4 of 2017, compared to other social media platforms. They tested their hypothesis that YouTube ads are capable of yielding a larger number of free trials than video ads on Facebook.

They had spent almost the same amount of money on both platforms, which was $742 on Facebook and €602 on YouTube ads. Results showed that Facebook managed to achieve a link click-through rate, or CTR, or 0.21%, while YouTube ads managed to get 0.31%, which is 10 base points higher.

What that means is that a larger number of people clicked on their YouTube ads rather than on their Facebook ads on an average basis.

Studies also show that it can be less expensive to target keywords on YouTube than by using traditional Google Search. YouTube views' average cost is $0.06 per click, which is way less than the average Google search cost per click, which is said to be around $1 or $2 each.

Ideally, any modern, integral digital marketing plan will include ad spend across both platforms. However, with a limited budget, you should at least get started with YouTube Ads with laser-tight targeting.

A drop in advertisers on the YouTube Ad platform means that there is space to compete effectively, creating an emotional connection with your brand through video. 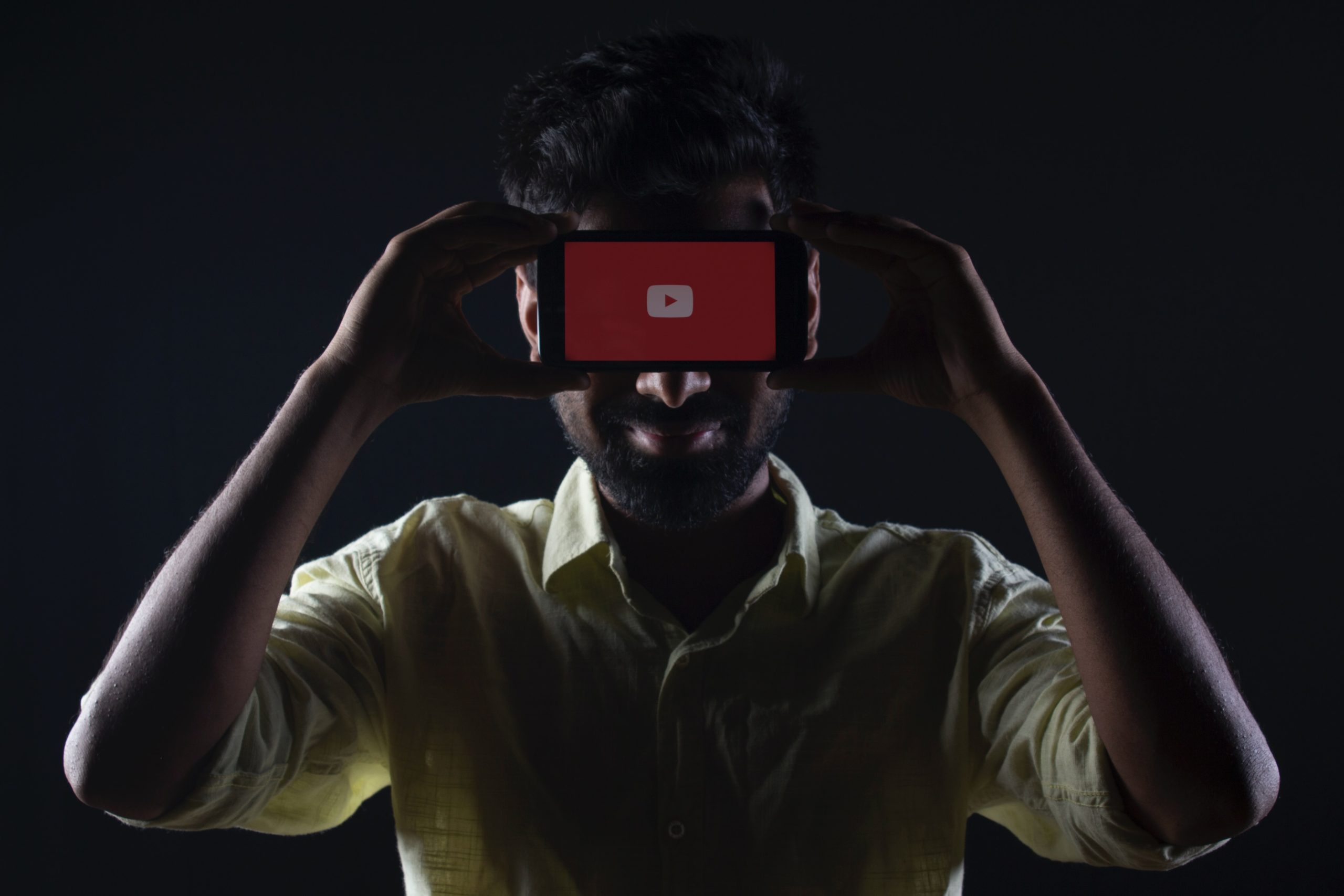 Why Google Ads are not working for B2B businesses

Google Ads and the PPC-driven lead gen problems for businesses pretty much go hand in hand.  Google Ads experienced a churn rate of over 45% […]
Read more 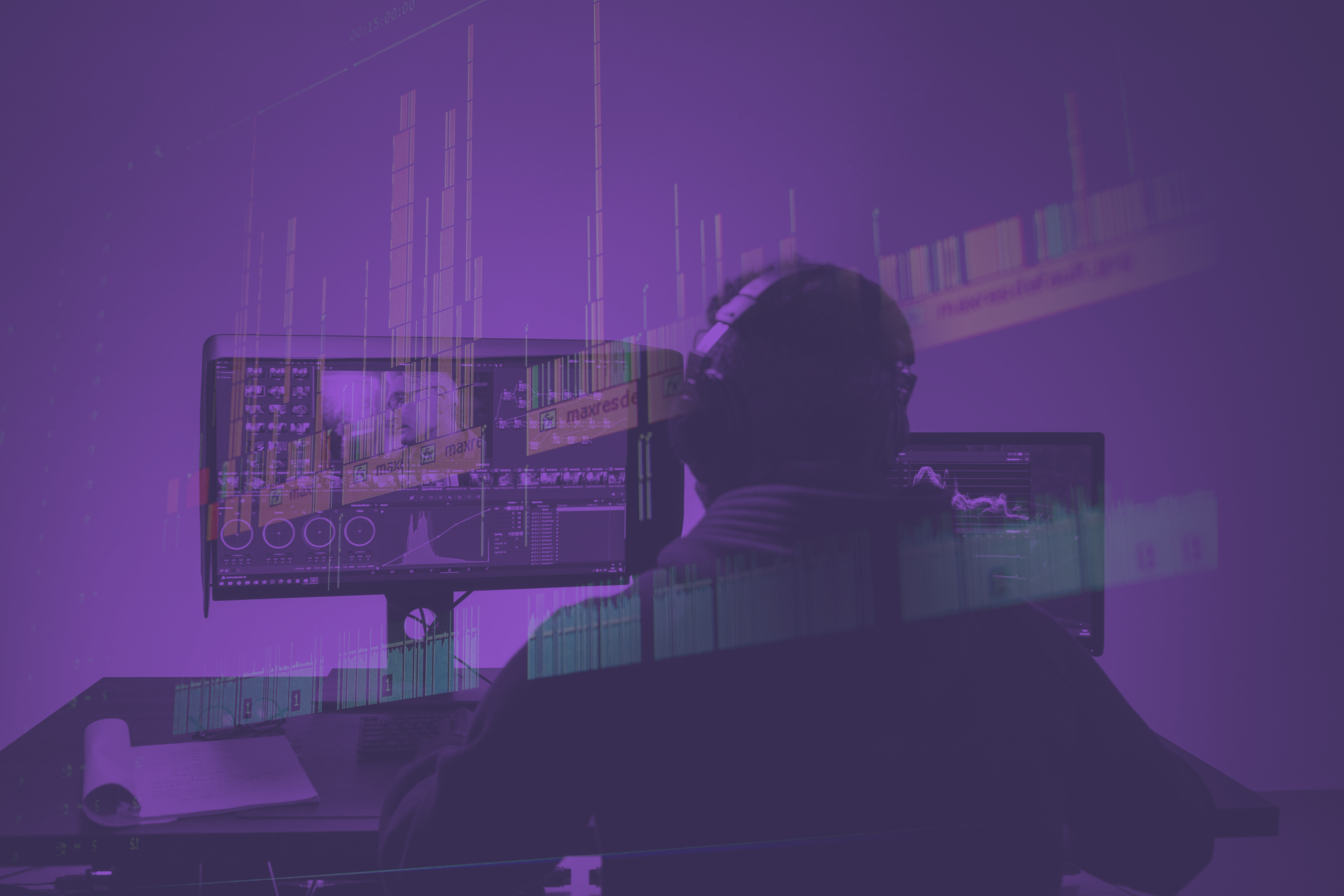 How to Choose a Video Marketing Agency That Delivers Sustainable Growth

Video marketing is one of the single most valuable channels you can use. In 2022, 86% of marketers said video helped them generate more leads […]
Read more 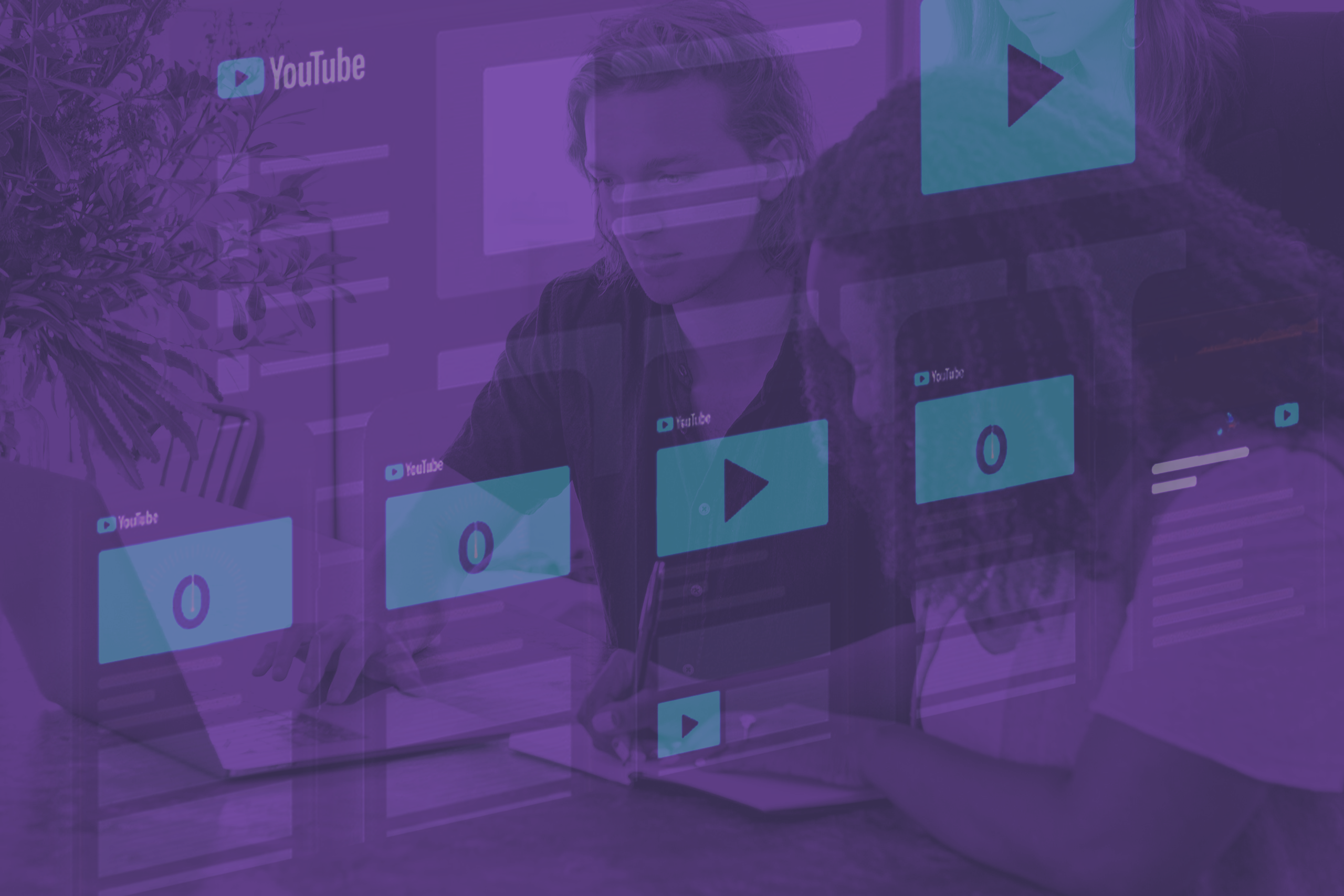 How to Choose a YouTube Ads Agency: A Quick Guide

According to Google, paid YouTube Ads are 84% more likely to get consumer attention. And that's really something, considering the average person is exposed to […]
Read more 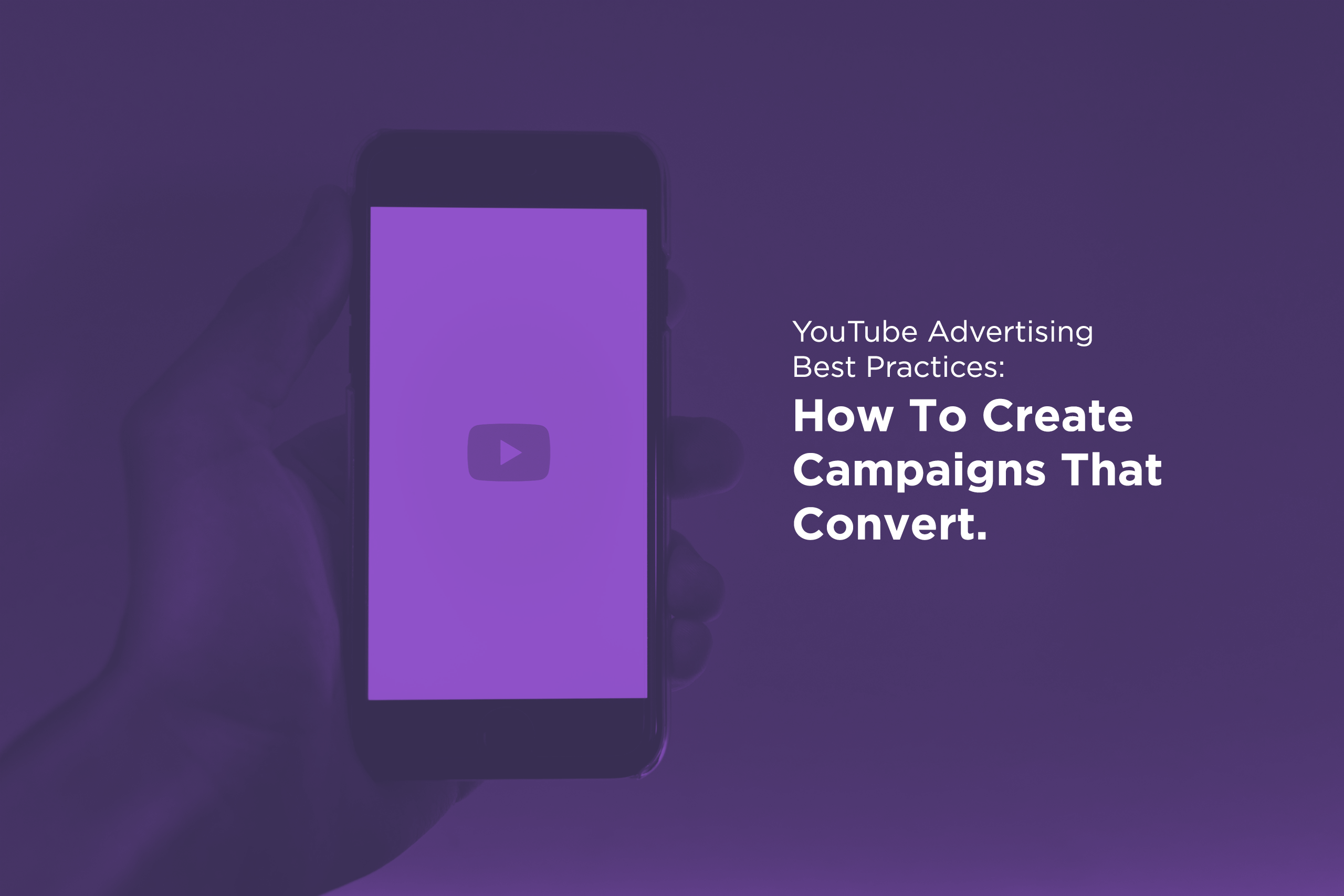 YouTube Advertising Best Practices: How To Create Campaigns That Convert

In the past 5 years, YouTube Ads have quickly become one of the top acquisition channels for startups and established brands. YouTube in 2022 claimed […]
Read more
Subscribe to our newsletter
A monthly digest of the latest news, articles, and resources.